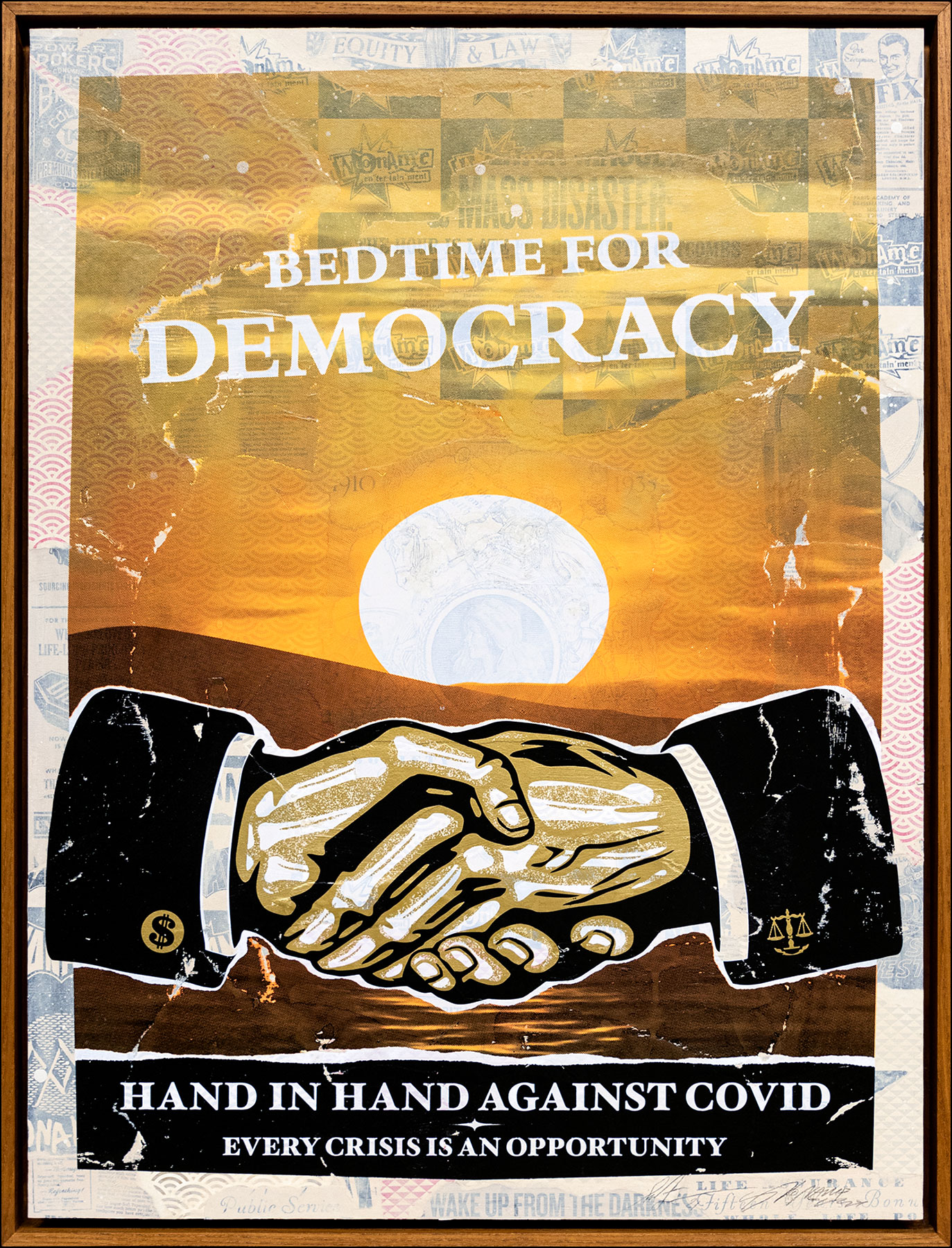 NoNAME x SHEPARD FAIREY / BEDTIME FOR DEMOCRACY
(2021) enamel spraypaint, screenprint and vintage newspapers collage and on wood | 60 x 80cm
Back in 2015 I created the initial version of "Bedtime for Democracy" for some street interventions in Paris in the context of the United Nations Climate Change Conference - COP21 summit. The artwork highlights the risk of corporate influence within political decisions . At the same time, on the other side of the globe, my soul mate Shepard Fairey illustrated a pretty similar statement entitled „End Corruption - Restore Democracy“.

Six years later a storm caused through an invisible virus is destabilizing global democracy, while at the same moment it gives a few corporations even more power and influence - not only on democratic decisions, but also on public welfare democracy actually should take care of.
This situation was reminding me of a slogan I heard first from some brokers in New York after the financial crisis back in 2008. Every crisis is an opportunity - a cynical watchword that fits to the ongoing global crisis, in which a few not only doubled their wealth, but also let their influence grow on political decisions, while more and more people all around the world are loosing nearly everything - including their life.
When I was working on the visual concept for this artwork earlier this year, whose headline is inspired by the title of the Dead Kennedys album „Bedtime For Democracy“ , I thought that Shepard's "corruption handshake“ illustration would perfectly fit to highlight the actual statement and merge our intentions from back in 2015.
-NoNAME
WE PROMISE TO ONLY SEND YOU INFO ABOUT PROJECTS,
EXHIBITIONS AND RELEASES RELATED TO THE ARTIST.