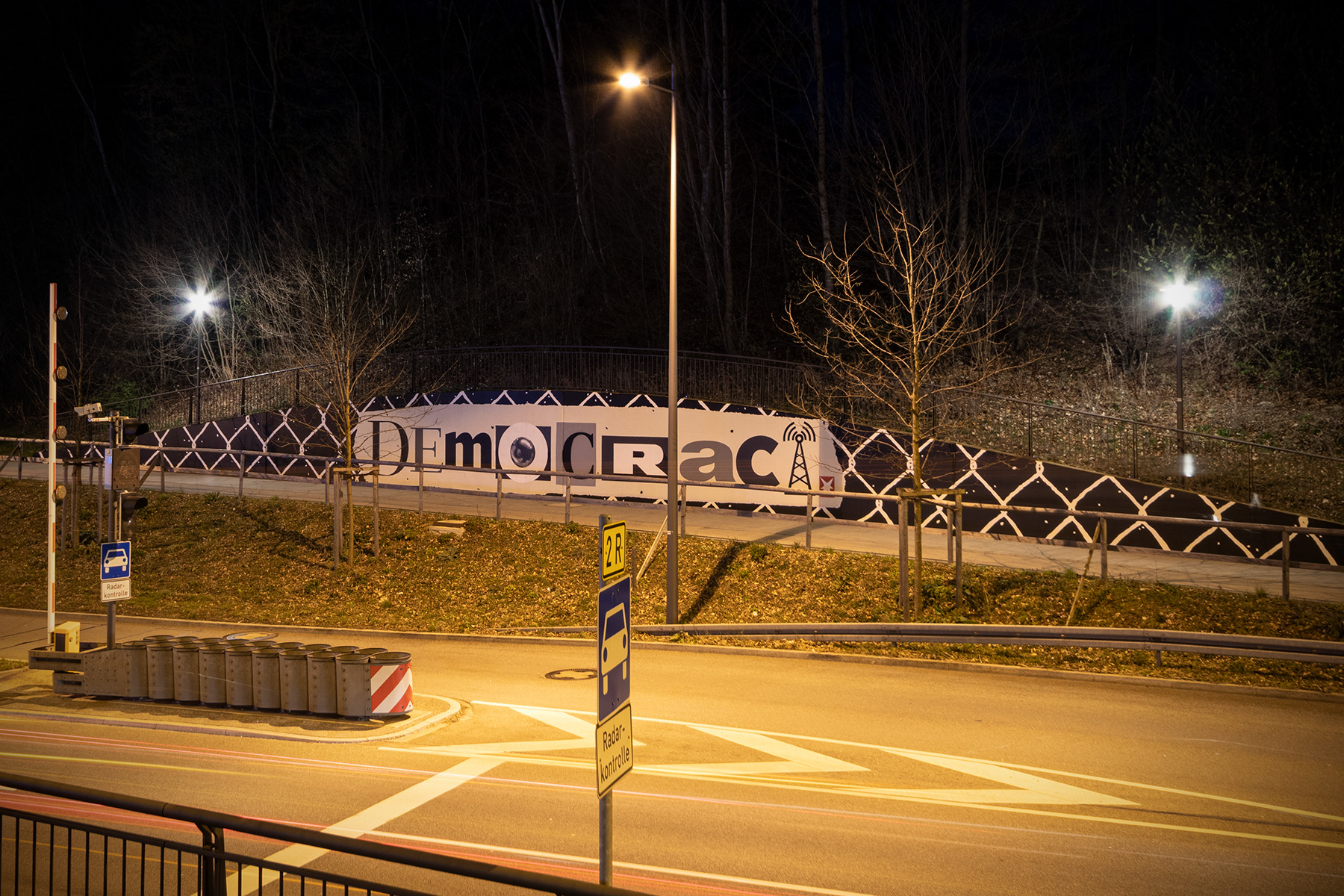 BEDTIME FOR DEMOCRACY
In 2019 the Federal Republic of Germany was celebrating the 70-year existence of its constitution, or Basic Law, (after the fall of the Third Reich) while the “constitution” of democracy is finding increasingly fewer reasons to celebrate.

A doctor or a plumber would start by addressing the causes in order to solve the problem, but leading politicians from all walks of life have, as the greatest common denominator, identified increasing right-wing extremism as a threatening enemy of democracy. But the calculating influence of private-sector interests and their lobbyists on democracy, on the other hand, is something that has always been ignored.
As recently depicted in the German satire show “Die Anstalt”, the press, the “fourth power in the state” – in Germany – very much lies in the hands of a few private individuals and their economic interests. Probably the most famous media house in the world, the Axel Springer publishing house is in the hands of Friede Springer, the Burda publishing house is under the management of Hubert Burda and the Bertelsmann publishing house is run by Liz Mohn…
A lot of people will be familiar with the Bertelsmann name from the 1990's due to its dubious book and CD subscriptions, but the Bertelsmann Group, with its extensive network of companies and firms and an annual turnover of more than 17.5 billion euros a year, is one of the most powerful media corporations in the world. These days, however, most people will know the company because of the Bertelsmann Foundation, which is regularly cited in studies. But instead of paying tax on its profits, as would usually be expected of a profit-oriented corporation, the Bertelsmann Group prefers to divert its revenues into its own allegedly non-profit foundation. A “charitable” foundation, which in terms of its social responsibility, has mainly made a name for itself through its leadership of the neoliberal “Agenda 2010”. So it could be seen as one of the most cynical marketing strategies that a good 10 years after the implementation of “Agenda 2010”, on its TV channel RTL2 the Bertelsmann Group is broadcasting a show called “Hartz und herzlich”, a reality documentary about unemployed people on benefits, and therefore earning a fortune at the expense of society’s weakest members once again.

For his dystopian novel “1984”, George Orwell coined the term “Newspeak” and wrote about the ways of manipulating and therefore controlling a society by means of its language and media. The latest artwork by artist and activist NoNÅME is dedicated to this challenge to democracy, based on the example of a corporation and the manipulative power of a single private interest group on the majority of the German media sector. To visually illustrate this, the artist has deliberately used popular logo elements of, at first glance, different media formats, which – upon closer inspection – are all in the hands of one single media empire. With the goal of highlighting the supposed freedom of choice when it comes to forming opinions on a daily basis, he is raising the question of to what extent the press freedom guaranteed by Germany’s Basic Law can actually be guaranteed when its media channels and also the focus of their content are under the influence of just a few private individuals.
Renowned New York journalist A.J. Liebling once described freedom of the press in the following words: “Freedom of the press is guaranteed only to those who own one.”
[Text & Photos: Positive-Propaganda]
WE PROMISE TO ONLY SEND YOU INFO ABOUT PROJECTS,
EXHIBITIONS AND RELEASES RELATED TO THE ARTIST.